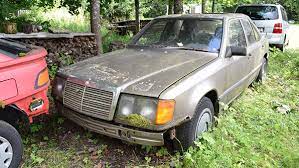 In North America, the W124 was launched in early November 1985 as a 1986 model and marketed through the 1995 model year. Series production began at the beginning of November 1984, with press presentation on Monday, 26 November 1984 in Seville, Spain, and customer deliveries and European market launch starting in January 1985.