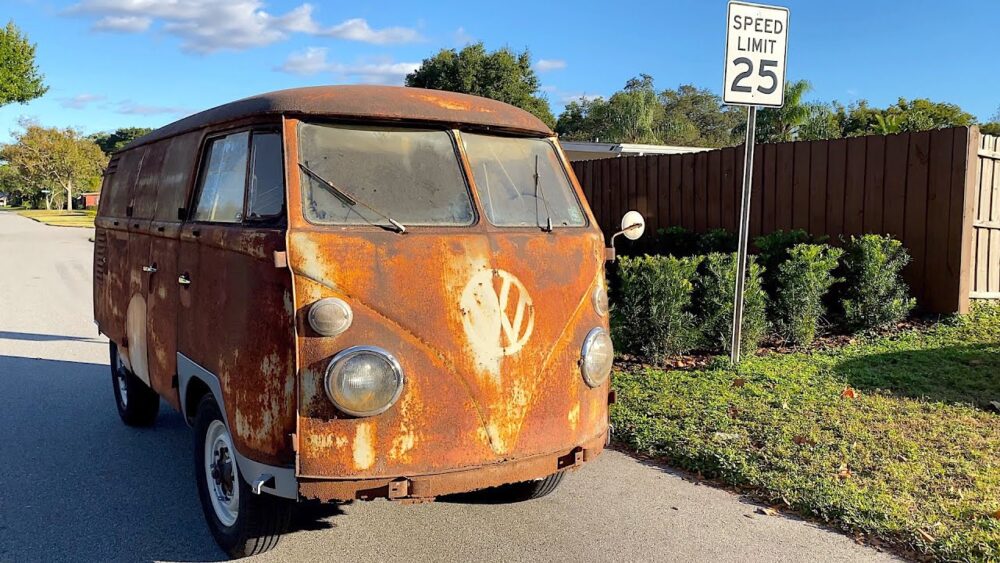 It was a 1962 Volkswagen Type 2 Thing, with a boxy, boxy design and a 1.6-liter engine.
“It wasn’t fast. It wasn’t pretty. In fact, it didn’t inspire much confidence. Like a lot of Volkswagens, it was a mess. But its engine and transmission and differential are all original. And its body is restored, with shiny red paint on the outside, and new seats, carpet, and headliner on the inside.
“This is the first time I’ve been inside an air-cooled car in 40 years. It feels old and strange in a good way. The seats shimmy when the car goes over bumps, and the floorboards creak. But its interior is so well crafted, and so clearly designed by someone who cared about the details, that it feels modern. It reminds you that Volkswagen, even its bad Volkswagens, once were really good cars.
“I’m driving this car because, after 40 years, its engine finally started.
“It wasn’t easy. First, I had to change the battery. Then, I had to rebuild the carburetor. Then, I had to replace the distributor, the points, and the plugs. Then, I had to replace the fuel pump. Then, I had to change the oil, and the fuel filter. Then, I had to install a new fuel line, and replace the wiper blades. Then, I had to install the gas tank. Then, I had to change the timing belt.
“After all that, the engine started.
“I’m driving this car because I want to understand what happened

How To Restore an Abandoned Volkswagen Bus (Part 1)